Four Seasons Hotel Kuwait at Burj Alshaya, which aims to open early 2017, will feature one of the world’s largest cut crystal chandeliers from Swarovski in its lobby.

112 | the publication reaches you by | Kuwait Online

General manager Didier Jardin said the 284 rooms (67 suites) within the contemporary hotel located in the central business district – part of the mixed-use Burj Alshaya development – will be finished first but the exact launch date will depend on the completion of the public areas.

“Everywhere Kuwaitis travel they want to go to Four Seasons so expectations are running very high,” he said.

Rami Sayess, regional vice president and general manager Four Seasons Hotel Beirut, was confident that finishings within the new contemporary hotel will “make it the talk of the industry” and on a par with the striking Four Seasons Hotel Bahrain Bay, which opened in March 2015.

Alongside 3,000sqm of event space will be Italian and pan-Asian restaurants – both with outdoor terraces on the penthouse level. 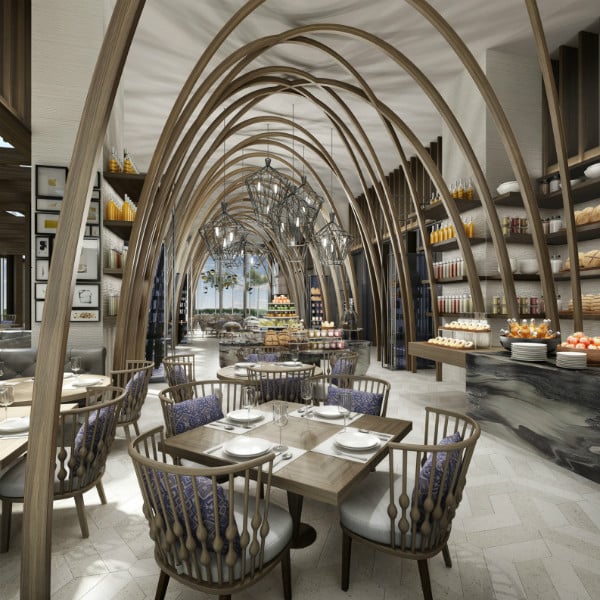 In addition to the Hotel in the Eastern Tower, the 43-storey Western Tower, set to open in 2018, will provide a new corporate headquarters for the Alshaya group of companies, including offices for employees of its retail franchise business, which covers 70 international retail brands in over 3,000 stores across MENA, Russia, Turkey and Europe.

Four Seasons is on a growth curve with Ten Trinity Square in London taking reservations from mid-February. A new hotel opened in Kyoto this week and properties in the Maldives and Vietnam are due to open December 1.

Four Seasons Surfside Florida is targeting a Spring 2017 launch which will be followed by a second Seychelles resort, on Desroches Island, late next year. 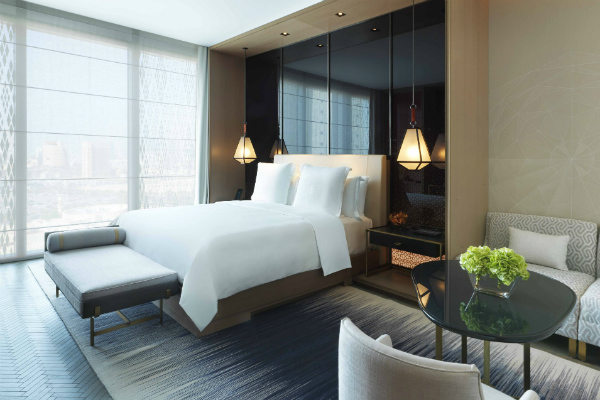 * The Four Seasons Private Jet will make its first stop in Dubai on November 8.

179 | the publication reaches you by | Kuwait Online